The volume of commercial refrigeration is particularly small, with the extremely complex application and categories, of which the particularity results in the large difference in enterprise levels. With no particularly large leading enterprises in the field, the one with a capital of 50 million will be considered as a large enterprise, as well as the engineering machines and assembly machines. However, it would be difficult to make statistics by this way, so to achieve the quantitative statistics and research of the industry, the only way is to take compressor as the standard and formulate a frame structure.

Application of refrigerant: 600a is mainly used in household refrigeration, while R22 in commercial refrigeration. According to the initial condition of the refrigerant approved by compressor, the proportion of environment-friendly refrigerant used in the refrigerators and freezers is extremely high, and carbon dioxide will be a trend for future.

Entering into the field of application completely, in terms of the allocation of production, almost 95.9 million refrigerators and freezers are produced in China, nearly 100 million, but the global demand is only 190 million or so, which means that the total amount of refrigerators and freezers is extremely enormous, and the allocation of refrigerator production is multi-center. In Europe, there is still a large production, as well as a great demand for it. Therefore, it is decentralized and radiated around the largest regional market.

In terms of the quantity demanded, affected by a series of factors such as the overdraft cased by spending in advance, it has declined for several years in China, and not increased much since the practice of home appliance going rural. On the contrary, the needs of abroad emerging markets have gradually increased, with the continuous upgrading of developed countries, which will be a development characteristic of refrigerator and freezer in the future. Freezers basically used to be used in the convenience stores, but now, the trend of using freezers at home is increasingly obvious. Now, most freezers are used as the complement to refrigerators, that is, to have a refrigerator and a freezer at the same time at home. Correspondingly, the most outstanding requirement is the greater emphasis on appearance than before. According to our monitoring results in the past few years, the development of freezer is relatively stable, either domestic sale or export. According to our preliminary statistics, the amount of commercial refrigerator is around 4.8 million. But we only count the split ones, which means the amount of these semi-sealed and scroll-screw show cases is actually around 60,000. In general, the growth of commercial refrigerators in recent years is not particularly rapid.

The commercial refrigeration industry, in a long term, is very promising. The economy has improved, pace of life accelerated and the demand for food safety is increasing. But the ideal is far ahead of the reality. In fact, these years’ monitoring showed no explosive growth in the cold chain equipment market as a whole. The refrigeration storage showed a better performance, however, found great pressure in 2015. So the prediction for this year shall be relatively cautious. As for compressor, the fully enclosed type will see slight growth, and the scroll compressor market will increase faster. The half-enclosed compressor is estimated to decrease by 6%, and the screw type will probably see a slowdown after high growth. As for the application equipment of compressor, it is predicted that the refrigerator will still see a steady growth trend.

Generally speaking, commercial refrigeration equipment is an industry with small volume, complicated application and disordered competition. And due to such status of industry, it is necessary for us to convene, to follow the leadership of the association, and to promote the upgrade of our entire industry with reference to standards.

Emily: May I help you?

No Thanks Chat Now 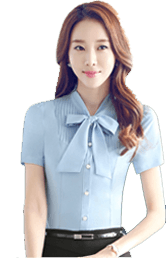